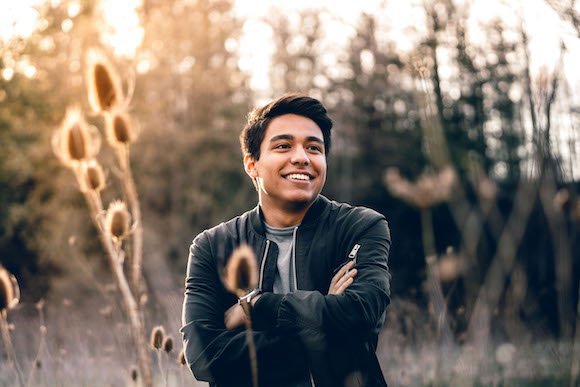 Bad habits can be like weeds in the garden, you get rid of them for a while, but they come right back. In order to successfully break a bad habit, you need to get to the roots.

A US-army major stationed in Baghdad was given the task of curbing the violent riots in the local plaza. Instead of sending his troops in “gung-ho” with gunfire, the major simply had the food vendors removed. And the riots ceased.

When the major was asked how he knew removing the food vendors would put an end to the riots, his answer was, “understanding habits.” The food vendors attracted people; crowds would gather and after they ate, the socializing became hostile. By removing one simple aspect, he broke the chain of events and broke the cycle that led to the riots.

You can break your bad habits with the same strategy. Charles Duhigg, author of The Power of Habit, explains the three key stages of habit-formation:

This is the trigger that initiates the behavior, which becomes the habit. It could be a time of day when you drive past the donut shop or a social-media notification that leads you to procrastination. It is the spark that leads to the routine.

The routine is the actual behavior. Duhigg gives a personal example—at 3:30 pm each day, he’d look at the clock and get a craving for a cookie. He’d then go to the cafeteria, buy a cookie, and then eat and chat with co-workers. That was his habitual routine.

The reward is the release of brain chemicals following your specific routine. This is what reinforces your “bad” behavior. Your brain is experiencing “happy chemicals” even though you’re doing something you don’t want to be doing.

Now that we have deconstructed the habit, here are two steps to break them:

Using the three stages of cue, routine, and reward, you need to deconstruct your bad habits. Uncover what your triggers are, take a step back and look at the automated routine you’re engaging in, and then realize that you’re giving yourself a false reward.

You need to pinpoint your moments of weakness. This means being honest with yourself. Keep in mind, removing just one of the three key factors can be enough to break down the entire bad habit.

For Duhigg, his real reason for getting the cookie was not that he loved sugar, but simply that he enjoyed chatting with his coworkers. When he realized that he could socialize without buying a cookie, he broke the bad habit.

Some habits need to be stopped, cold-turkey. Other habits can be replaced with healthier options or redeemed with slight alterations. Rather than snacking on Reese’s Pieces, have some dark chocolate. If you chew on your nails when you are nervous, carry some chewing gum with you. Instead of checking your social media accounts, read an intellectually stimulating article.

Start today. Now that you know the three key stages of habit-formation, you can work on breaking down your bad habits immediately.

This article was sponsored by: www.vapourmate.co.uk

To find out more about how to use vaping to break a habit, visit www.vapourmate.co.uk.

5 Responses to “How to Break Bad Habits, for Good”

Leave a Reply to Vinay Sharmaa

G’day! I’m Thai, an Aussie studying Law in the U.S. I'm a former chef, athlete, and teacher. My goal is to give you researched articles to live a happy and productive life. If you've enjoyed the site, please share the articles and subscribe to the newsletter.

Meet Shannon Kaiser — Inspiring The World, to Play With The World

Shannon Kaiser is a best-selling author of “Find Your Happy,” a travel writer, and life coach. In this series of 4 videos, Shannon shares: 1) […]

Meet An Nguyen — Creating A Business Around Your Lifestyle

Mr. An Nguyen came to the US in 1993 from Vietnam. He graduated with an engineering degree but found that the available career options did […]

Mr. Akshay Nanavati is a Marine Corps Veteran on a mission to run across every single country in the world. Born in India and growing […]

Tran’s Martial Arts has five locations in Colorado. What has become a successful movement started in a small garage by the Tran family. Moving over […]

Brandon Epstein is a young entrepreneur based out of Austin, Texas. With a ton of passion, Brandon is set on transforming people’s lives, building Apps […]

John Lee Dumas is the founder of EntrepreneurOnFire.com A 7-day-a-week podcast pulling in 6-figures per month. John shares his journey as a country boy from Maine, […]

Big thanks to Mr. Anthony Noud for taking time out to share his incredibly inspirational story. While growing up in Australia, Anthony struggled with what […]

Clementine Mills is a talented young actor who has already enjoyed great success. She describes her childhood as a happily nomadic upbringing in England and […]

Tina Bollendorff is an inspirational singer/songwriter originally from the Sunshine Coast in Australia. Her journey begins at the age of 8 with piano lessons. Constantly […]

The word mongkongtong is Thai for “long golden dragon.” Soren received this name early on in his career from the Thai’s as it reflected his […]

Big thanks to Jeff Lam for taking time out to share his journey. Jeff is the the National Australian Powerlifting Champion- winning the title three consecutive […]

Thanks again for tuning into another inspirational interview with someone who has stepped out to pursue their dream. DJ Maxwell is one of the most […]

Tyrone Tongia opens up and shares his inspirational journey. Facing that inner passion and demon head-on, through the low points of sleeping in a park […]

Shayne Lock is the founder of Sage Magazine and Soul Traveller Radio. Shayne opens up and shares his own personal journey of discovering and connecting […]

Luka Lesson shares his story about the cathartic redirection of his life, from uncovering a passion and building a lifestyle around that passion. He has […]

At the age of 18, Kimanzi had his entrepreneurial spirit set alight starting his own bread delivery company which soared and allowed him to employ […]

Through a near death experience at the age of 6 and a difficult family upbringing, Joel realized that there was a buried voice within him- […]